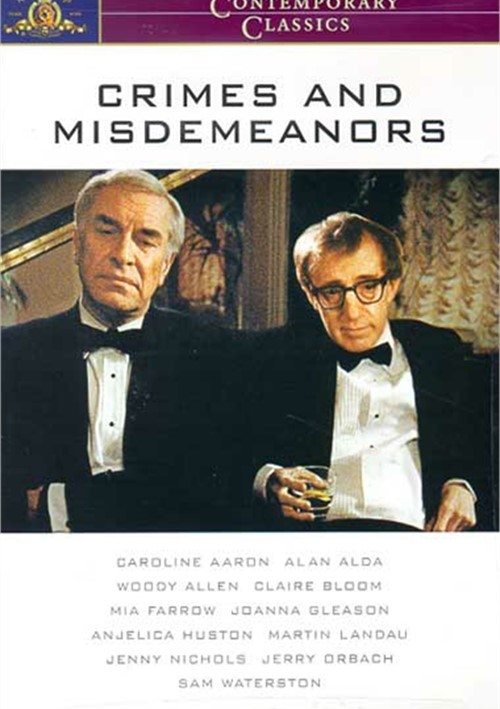 "Poignant, penetrating [and] scathingly hilarious" (Long Beach Press Telegram), Crimes and Misdemeanors is a deftly rendered tale about the complexity of human choices and the moral microcosms they represent. Showcasing Allen's brilliant grasp of the link between the funny and the fatal, his 19th movie, Crimes and Misdemeanors, is "one of the watershed films of his career" (Los Angeles Times).

Cliff Stern (Woody Allen) is an idealistic filmmaker... until he's offered a lucrative job shooting a flattering profile of a pompous TV producer (Alan Alda). Judah Rosenthal (Martin Landau) is the pillar of his community... until he learns that his ex-mistress (Anjelica Huston) plans to expose his financial and extramarital misdeeds. As Cliff chooses between integrity and selling out, and Judah decides between the counsel of his rabbi (Sam Waterson) and the murderous advice of his mobster brother (Jerry Orbach), each man must examine his own morality, and make an irrevocable decision - that will change everyone's lives forever.

Reviews for "Crimes And Misdemeanors"