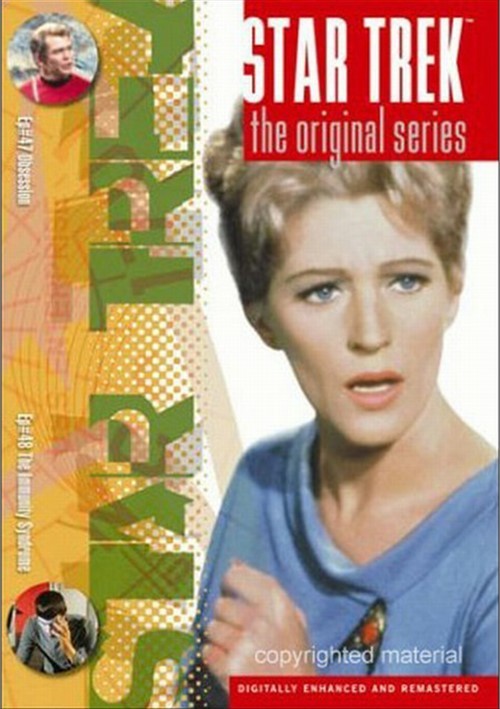 Vampire cloud threatens the U.S.S. Enterprise! When Kirk was a young lieutenant 11 years ago aboard the U.S.S. Farragut, a cloud-like creature killed half her crew. Kirk hesitated in firing upon the creature, and has been riddled with guilt ever since. Now, this entity that feeds upon human red blood cells has returned to stalk the crew of the U.S.S. Enterprise. Kirk must find a way to stop this "vampire" cloud before it destroys his crew - and all humanoid life in the galaxy!

This episode has some of the best special effects of the entire series.

Kirk and his crew are sent on an investigation after an entire solar system is destroyed by a gigantic single-celled creature cutting a destructive swath through the universe. Kirk, Spock and McCoy are frantically trying to devise some means of stopping this entity when Spock makes a startling discovery - the giant amoeba is about to reproduce! Can they destroy it before it's too late?