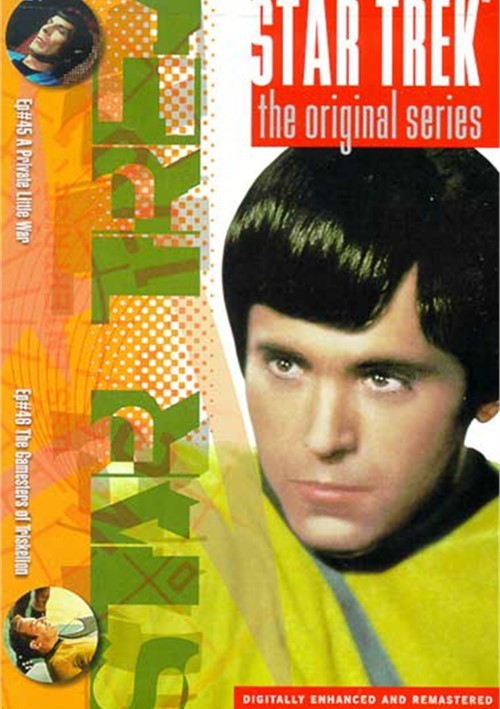 Kirk and company beam down to a primitive planet visited by Kirk 13 years ago. But some of the once peaceful natives now have sophisticated weapons, courtesy of the Klingons.

When the witch-wife of tribal leader Tyree cures Kirk of a deadly bite, he succumbs to her magic. Can Kirk shake her spell and find a way to maintain the balance of power before the Klingons bring about total planetary warfare?

The Gamesters Of Triskelion: (Episode 46)

Kirk, Uhura and Chekov are intercepted while beaming down to survey a planetoid and materialize instead on Triskelion, many parsecs from the U.S.S. Enterprise. They are enslaved and given "drill thralls" - instructors who train them in the art of combat so that their unseen masters, the "Providers," can make wagers on the outcome. When the U.S.S. Enterprise arrives, Kirk decides to make the ultimate wager...