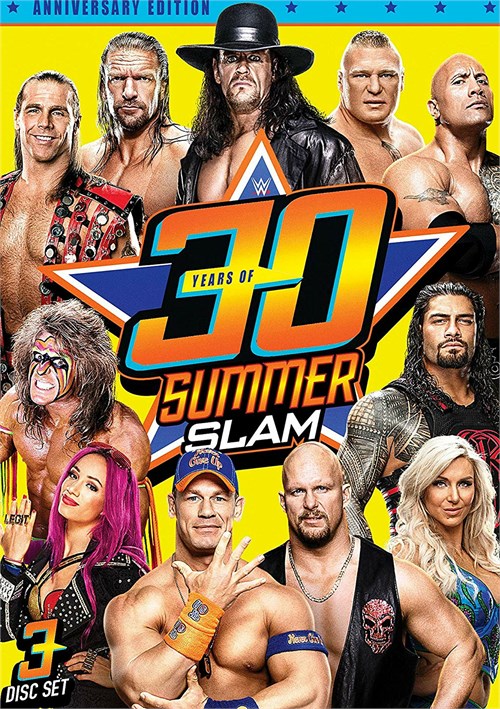 For 30 years, SummerSlam has been the biggest party of the summer, and WWEs premiere summer event has been the place where champions were crowned, dream matches were made, and rivalries came to an explosive end. Now, relive the greatest matches & moments from the illustrious three-decade history of WWE SummerSlam! Featuring Bret Hart vs. British Bulldog from Wembley Stadium in 1992, Stone Cold vs. Undertaker from MSG in 1998, Shawn Michaels vs. Triple H from 2002, Shawn Michaels vs. Hulk Hogan from 2005, John Cena vs. Brock Lesnar from 2014, and much much more!

Reviews for "WWE: 30 Years of SummerSlam"