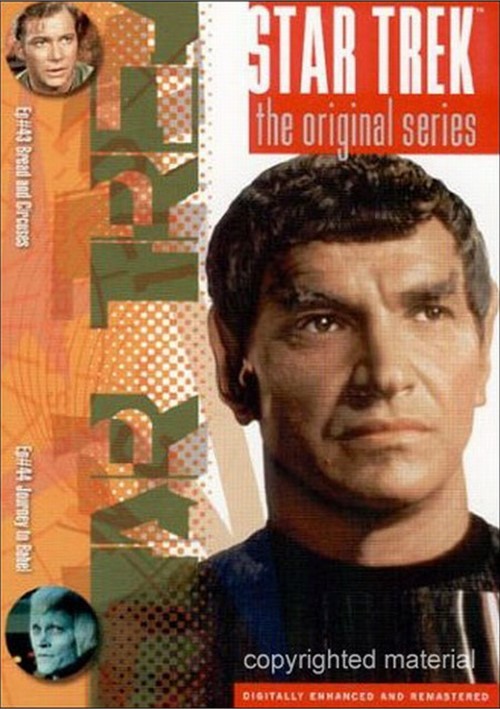 Discovering the wreckage of starship Beagle, Kirk, Spock and McCoy beam down to Planet 892-IV, to learn Beagle's Captain Merik has betrayed his crew, beaming them down to the planet's Roman-style arena to fight to their deaths. Then, Merik adds Kirk and his crew to the list of combatants! Spock and McCoy must fight each other, and Kirk is sentenced to die! Watch for one of the finest McCoy/Spock dialogues ever, usually cut in syndication!

Spock's father suspected of murder! It's chaos onboard a U.S.S. Enterprise full of interplanetary diplomats en route to a conference on Babel. Among them are Spock's father, Sarek (Mark Lenard), to whom Spock hasn't spoken in years, and his mother Amanda (Jane Wyatt). When a Tellerite is murdered Sarek is the prime suspect, but before the truth can be learned Sarek suffers a heart attack. His only hope is a transfusion from Spock, who has replaced a wounded Kirk and refuses to leave the bridge.