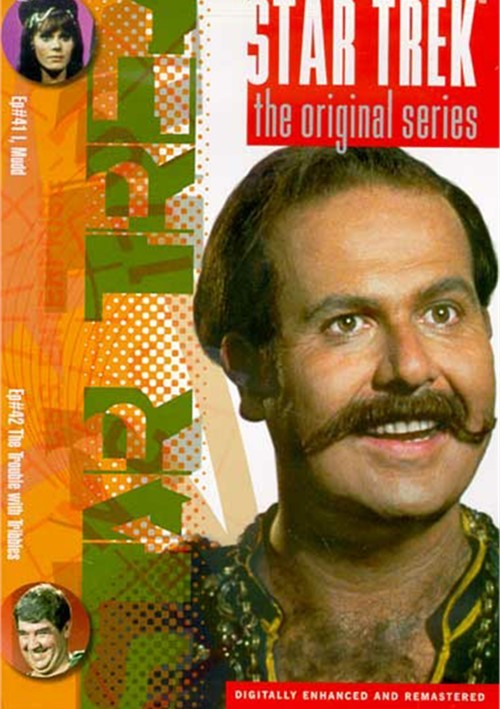 Harry Mudd's at it again! That intergalactic rogue, Harcourt Fenton Mudd (Roger C. Carmel), returns to plague Captain Kirk! This time he's the self-proclaimed emperor of a planet of beautiful female androids who exist solely to serve mankind. Harry sends a male android, Norman, to hijack the U.S.S. Enterprise to his planet so the androids will have other humans to serve. Bur Harry's scheme backfires when he, Kirk, and the Enterprise crew become the androids' captives!

The Trouble With Tribbles (Episode 42)

Tribbles, furry creatures which eat incessantly and multiply at warp speed, cause headaches for Kirk and company while on assignment to protect a grain shipment on Space Station K-7. Here, they encounter the cuddly creatures who've begun munching their way through the grain while rapidly filling every nook and cranny of the starship. Adding to Kirk's woes are a troublesome trader and some nasty Klingons bent on sabotaging the grain shipment!