Times Ain't Like They Used To Be: Early American Rural & Popular Music 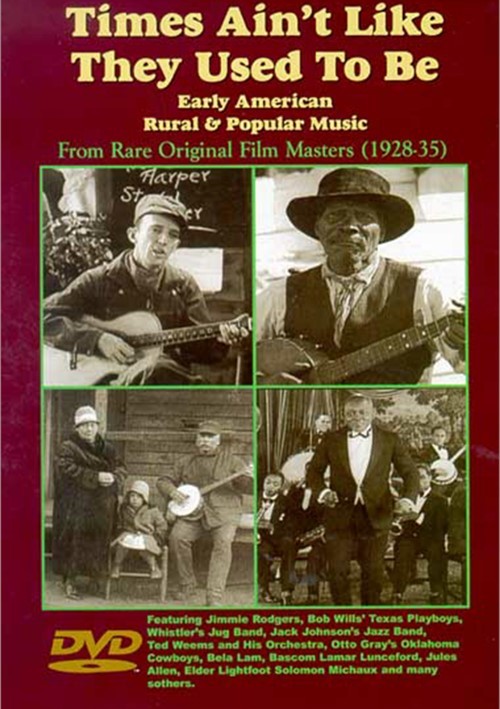 If you've ever been captivated by the striking faces of Depression era photos of rural America, that experience will be considerably magnified here when those same images come alive playing vintage American music. In the early days of sound film, in addition to covering the major events, newsreel cameras captured the sights and sounds of everyday life in America, including its music. Musicians were filmed where they lived and played, captured by roving newsreel crews on street corners and front porches, at country dances and summer resorts, in nightclubs, and broadcasting from churches and radio stations. Up till mow most of the images and music in this video have remained as raw unused footage, untouched and unseen since the stories were first shot 60 years ago. Painstakingly reconstructed for this release, all the joy and innocence of this music of another era is communicated with undiluted immediacy. If music is the truest expression of the human spirit, these images are the purest window we have of everyday America in the 1920s and 1930s.