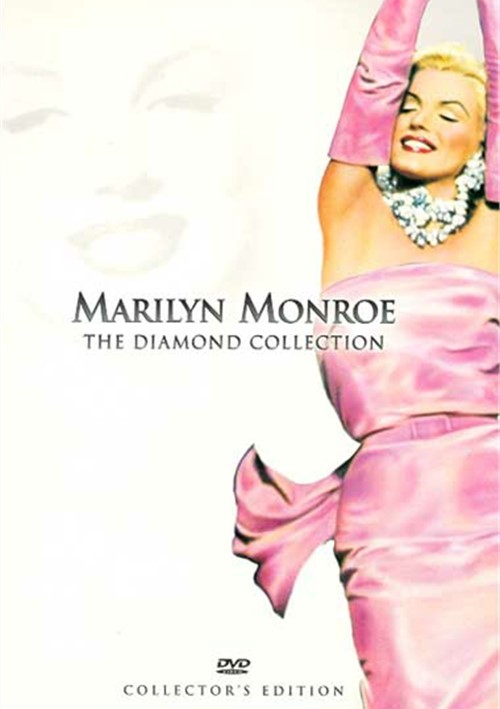 Gentlemen may prefer blondes, but this blonde bombshell prefers diamonds, and lots of them! Glamorous showgirl Marilyn sets sail for France, intent on marrying a rich, yet boring, beau. But anything can - and does - happen with the beautiful and fun-loving Jane Russell acting as chaperone. From celebrated director Howard Hawks, this musical comedy classic features Marilyn's signature rendition of the hit show tune "Diamonds are a Girl's Best Friend."

Marilyn Monroe proves that no man can resist her - especially a married man - in this sexy romp directed by Billy Wilder and heralded as one of the quintessential comedies of all time! When a seductive starlet (Monroe) moves in upstairs, a married man (Tom Ewell) has his fidelity put to the test. Keeping his marriage vows in the face of her flirtations proves hilariously tough when challenged by the notorious Seven Year Itch.

Marilyn delivers one of the finest comedic performances of her career in this outrageously funny film co-starring Betty Grable and Lauren Bacall! Three beautiful models plan to snag rich husbands by pooling their funds and renting a posh Manhattan penthouse in which to lure their victims. What follows is a series of near-marital mishaps where love prevails over money, proving that even gold-diggers sometimes have hearts of gold!

Marilyn Monroe and an all-star cast are featured in Irving Berlin's tuneful depiction of the trials and triumphs of a veteran vaudeville family. The talented Donahue family has plenty of love to get them through the hard times - that is, until they cross paths with a rising starlet (Monroe) whose own ambitions may make or break them. Co-starring Ethel Merman and Donald O'Connor, this delightful classic delivers dazzling production numbers and masterful show tunes!

Marilyn Monroe delivers what many acclaim to be her first serious acting performance in this dynamic drama full of humor, hope and passion. When a young and innocent cowboy (Murray) meets the girl of his dreams (Monroe) and decides to make her his wife, he f-rces her to board a bus headed for Montana. But the road is blocked and their journey is interrupted by an overnight stay at a diner that will change both their lives.

Marilyn Monroe's final project, Something's Got to Give, has become one of the most talked about unfinished films in history. The story of the film and Marilyn's last days were seemingly lost... until now. Through interviews, never-before-seen footage and an edited reconstruction of Something's Got to Give, Marilyn Monroe: The Final Days provides a definitive and fascinating look at the last act in the life of the world's most famous and tragic superstar.