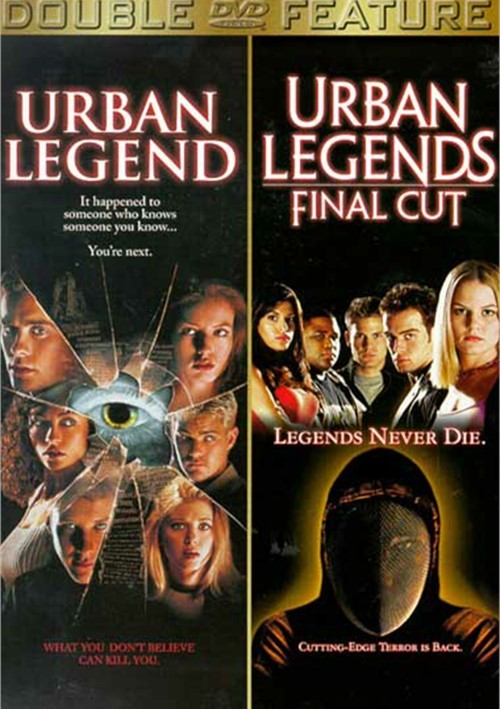 When New England college student Natalie finds herself at the center of a series of sadistic murders seemingly inspired by urban legends, she resolves to find the truth about Pendleton's own legend - a twenty-five-year-old story of a student massacre at the hands of an abnormal Psych professor. As the fraternities prepare to celebrate the macabre anniversary, Natalie discovers that she is the focus of the crazed killer's intentions in the ultimate urban legend - the story of her own horrific murder.

The making of a horror movie takes on a terrifying reality for students at the most prestigious film school in the country in Urban Legends: Final Cut, the suspenseful follow-up to the smash hit Urban Legend. At Alpine University, someone is determined to win the best film award at any cost - even if it means eliminating the competition. No one is safe and everyone is a suspect. Urban Legends: Final Cut is an edge-of-your-seat thriller that will keep you guessing until the shocking climax. Starring Jennifer Morrison (Stir Of Echoes), Matthew Davis (Tigerland), Joseph Lawrence (TV's Blossom), Anthony Anderson (Me, Myself & Irene), Hart Bochner (Die Hard) and Loretta Devine (from the original Urban Legend).