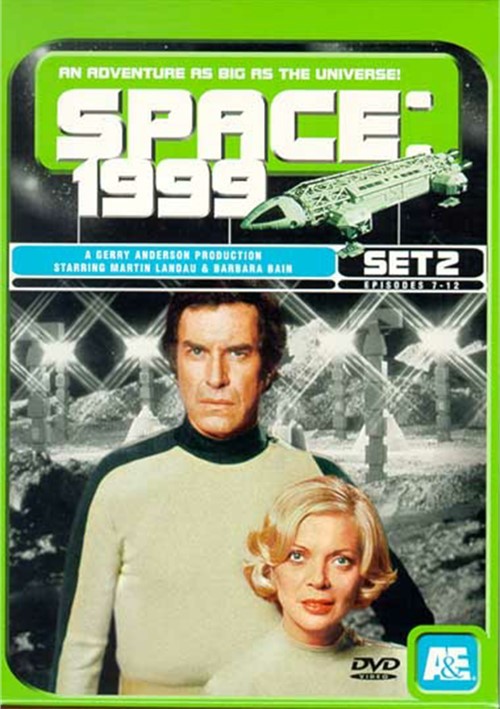 The adventure continues for the trapped Earthling citizens of Moonbase Alpha as the satellite travels farther into the nether regions of space. Each adventure is a bout for survival as the awe-inspiring wonders of the universe are revealed to the neophyte travelers.

All episodes are digitally remastered for a superior DVD presentation from the original 35mm elements and are presented complete and uncut - with as much as 12 minutes of additional footage not seen in areas of the U.S. during the original broadcast release!

Commander Koening's soul is captured after his Eagle crashes and is scrutinized by an alien on the planet Zenno, where humans appear to be their missing link.

On the planet Piri the Alphans can settle. On Piri, there is complete contentment. For on Piri there is the Guardian and once you gaze into its light you are lost forever.

Technician Anton Zoreff becomes possessed by an energy being that feeds on heat, making everyone on Alpha a target to its icy touch of death.

Unto Alpha a child is born, but soon joy will change to fear as every Alphan must bend to its will.

A miracle has happened, the moon has an atmosphere - but will this be the Alphan's Last Sunset?

A space probe launched from Earth to acquire information among the stars holds knowledge for the wandering moon - but at what cost?