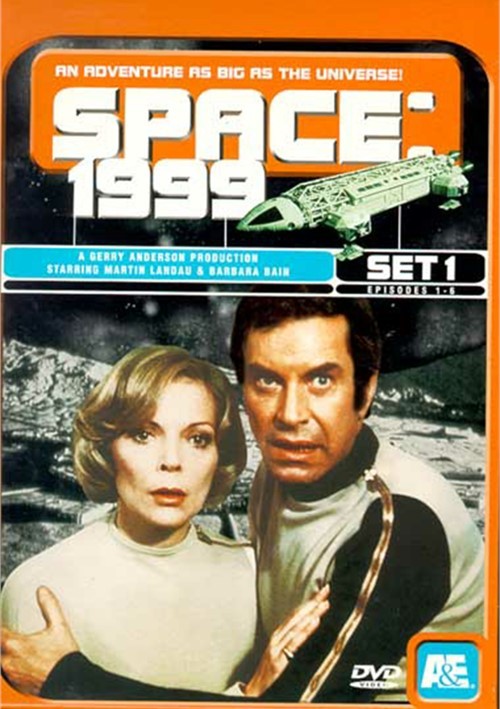 When Earth's moon is blasted out of orbit by a spectacular series of nuclear explosions, the men and women on Moonbase Alpha embark on the greatest adventure of their lives. In each episode, they must fight to survive amid bizarre life forms, undreamed-of civilizations, hostile environments and mystic phenomena. With storylines that are both adventurous and cerebral, Space: 1999 has a worldwide following that multiplies with each new showing.

All episodes are digitally remastered for a superior DVD presentation from the original 35mm elements and are presented complete and uncut - with as much as 12 minutes of additional footage not seen in areas of the U.S. during the original broadcast release!

In this series opener, the inhabitants of Moonbase start their unforeseen journey through the cosmos as Earth's Moon is blasted out of orbit.

Matter Of Life And Death

The future is bleak for Moonbase Alpha as the journeying moon is drawn into the gravitational field of a black hole.

Ring Around The Moon

Dr. Russell is abducted by aliens from the planet Triton and returned to Moonbase Alpha under their control.

An alien spacecraft enroute to Earth comes upon the traveling moon in need of aid, and the chance for one Alphan to return home.

Another Time, Another Place

After the moon passes through an inter-dimensional time warp the Alphan's experience an alternative destiny where not all have survived.