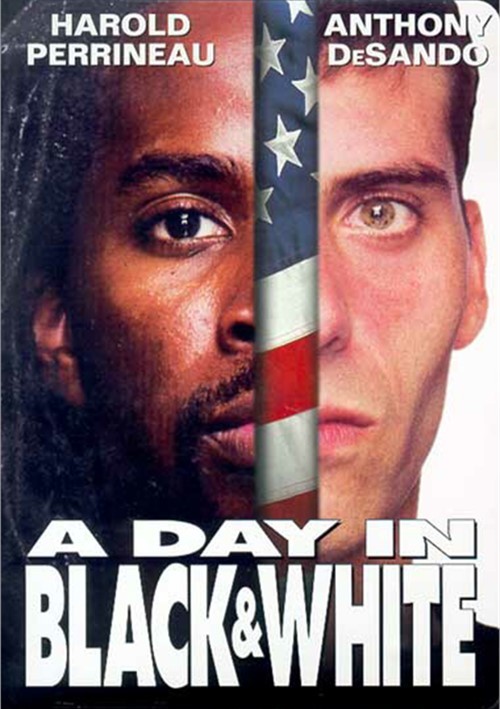 Harold Perrineau (HBO's "Oz", The Best Man, Woman On Top) and Anthony Cesando ("The Sopranos", Plan B, Urban Legends) star as two friends - one black and one white - who come together one morning to write a speech about race. They talk, they sit, they argue - but they can never seem to get it down on paper. These two set in motion a story which travels the varied racial terrain of New York City - with a cast of characters as diverse as the city itself - who wrestle with: gangsta rap, affirmative action, interracial dating, nappy hair, the lack of black quarterbacks, white guilt, slavery, O.J. and rock music vs. disco - all with a cutting sense of humor - in a film guaranteed to start folks talking.

Reviews for "Day In Black & White, A"