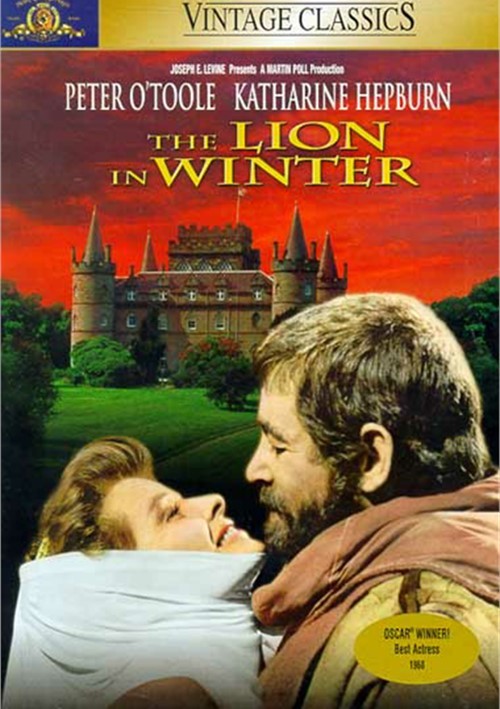 "One Of The Year's Best Films." -The Hollywood Reporter

Katharine Hepburn delivers an "amazing" (Variety), OscarÂ®-winning performance "that must be seen to be believed" (Boxoffice) in this "dazzling" (Los Angeles Times) all-star film that is not to be missed.

Behind the great stone walls of an English castle, the world's most powerful empire is in crisis. Three sons struggle to win their father's favor - as well as his crown. King Henry II (Peter O'Toole) and his queen, Eleanor (Hepburn), engage in a battle of royal wits that pits elder son Richard (Anthony Hopkins) against his brothers, while the cunning King Philip of France (Timothy Dalton) takes advantage of the internal fracturing in his bid to destroy their kingdom.

Review "Lion In Winter, The"

Reviews for "Lion In Winter, The"