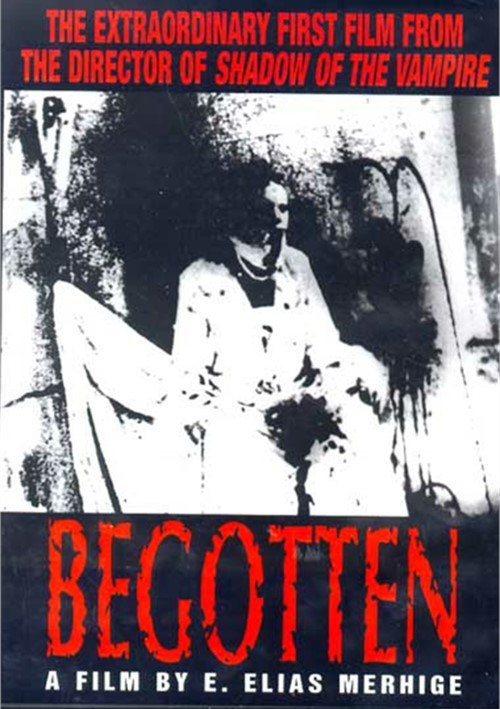 "One of the ten most important films of modern times." -Susan Sontag

Nobody will get through Begotten without being marked. In this nightmare classic by Edmund Elias Merhige, a godlike thing dies giving birth to a quivering messiah thing; then the local villager things ravage and bury them, and the earth renews itself on their corpses. It is as if a druidical cult had re-enacted, for real, three Bible stories - creation, the Nativity and Jesus' and death on Golgotha - and some demented genius were there to film it. No names, no dialogue, no compromises, no exit. No apologies either, for Begotten is a spectacular one-of-a-kind (you wouldn't want there to be two), filmed in speckled chiaroscuro so that each image is a seductive mystery, a Rorschach test for the adventurous eye. -Richard Corliss, TIME Magazine