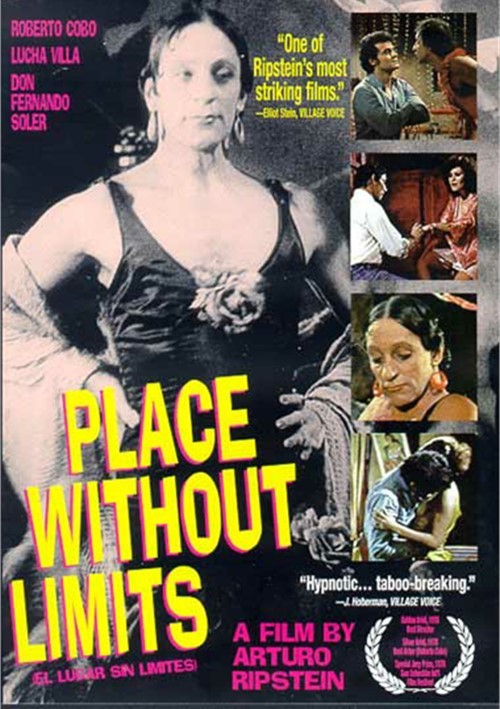 "One of Ripstein's most striking films." -Elliot Stein, Village Voice

This landmark film from internationally acclaimed director Arturo Ripstein explores and dissects Latin American machismo and homophobia through the bittersweet story of La Manuela. Played by Roberto Cobo (star of Luis BuÃ±uel's Los Olvidados), La Manuela is a transvestite who lives in a seedy village brothel run by his daughter, La Japonesita (Ana Martin), possibly conceived in a brief union with La Japonesa (Lucha Villa). The brothel and its town both suffer from neglect and dilapidation; Don Fernando Soler co-stars as the wealthy Don Alejo who's driven to own the entire town.

Highlighted by Cobo's ground-breaking performance, Place Without Limits (El Lugar Sin Limites) has become one of the most internationally popular contemporary

Ripstein's career spans 30 years and more than 15 award-winning films, including Castle of Purity, The Holy Office, The Beginning and the End, Woman of the Port, Queen of the Night, Deep Crimson, Divine and No One Writes to the Colonel.

Reviews for "Place Without Limits"