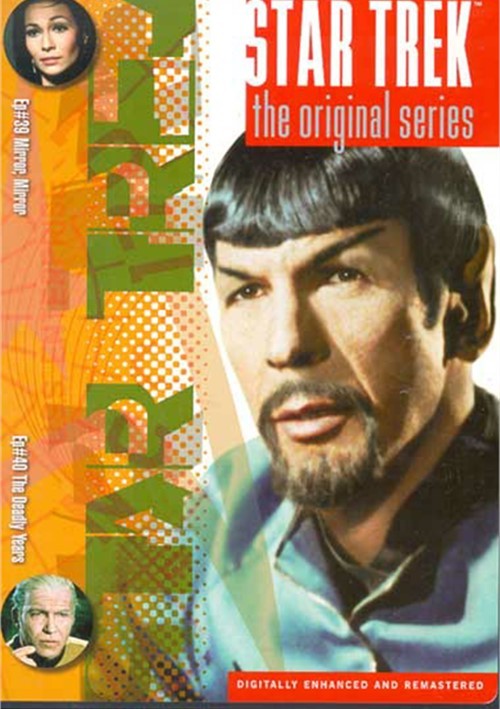 Kirk, McCoy, Scotty and Uhura are beaming back to the U.S.S. Enterprise when an ion storm causes a transporter malfunction. Instead of their own starship, they find themselves aboard a parallel U.S.S. Enterprise whose crew are unprincipled barbarians. The same storm has caused their malicious counterparts to beam aboard the real U.S.S. Enterprise. Kirk and company must find a way home before they are discovered by these alternate beings.

On a routine mission to Gamma Hydra IV, Kirk and a landing party are exposed to a fatal disease which causes accelerated aging. All of the landing party but Chekov are affected. With the leadership of the U.S.S. Enterprise now in the hands of arthritic, cantankerous old men, passenger Commodore Stocker assumes command. But he takes the wrong course, violating the Romulan Neutral Zone, and the U.S.S. Enterprise is under attack. Can McCoy find a remedy before the Romulans destroy them?