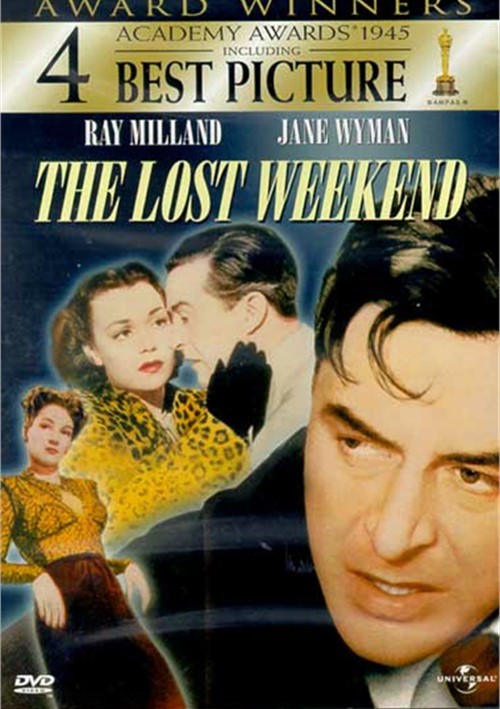 The Best Picture of 1945 has lost none of its bite or power in this uncompromising look at the devastating effects of alcoholism. Ironically, this brilliant Billy Wilder film was almost never released because of poor reaction by preview audiences unaccustomed to such stark realism from Hollywood, but the film has since gone on to be regarded as one of the all-time great dramas in movie history.

Ray Milland's haunting portrayal of a would-be writer's dissatisfaction with his life leads him on a self-destructive three-day binge. Filled with riveting imagery, the multiple Academy Award-winner offers an unforgettable view of life on the edge.

Reviews for "Lost Weekend, The"