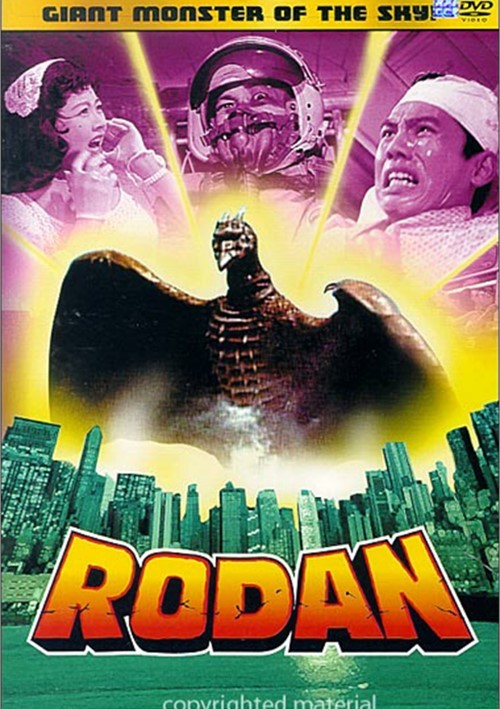 Giant Monsters of the Sky!

When a small mining village starts to experience strange deaths in the nearby mines, the authorities discover that the caves are besieged by giant caterpillars with an appetite for humans!

If this isn't bad enough, a more horrifying discovery is made in their underground home... a giant flying creature that resembles the prehistoric pterodactyl. Soon after, a second Rodan appears and the two monsters begin to wreak havoc across the world. Flying at supersonic speeds, Rodan and his mate cause hurricane f-rce winds that spin fighter jets out of control and anything that moves on the ground has become potential "lunch!"