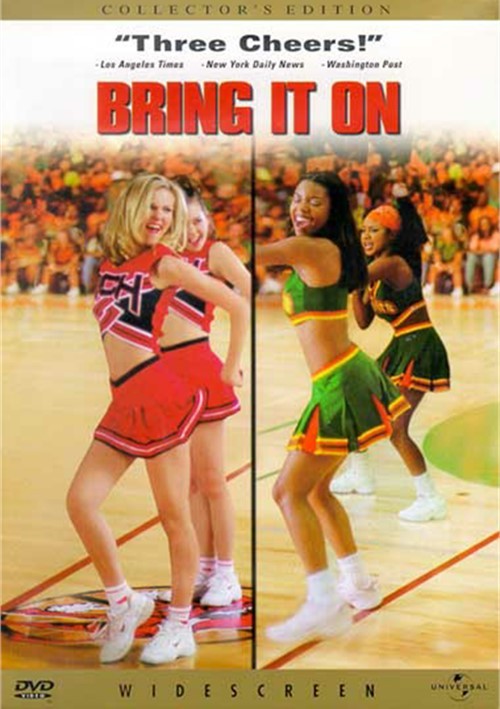 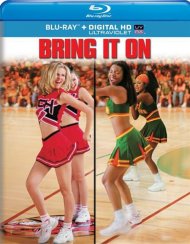 The Toro cheerleading squad has spirit, spunk, sass and a killer routine that's sure to land them the national championship trophy for the sixth year in a row. But for newly-elected team captain, Torrance (Kirsten Dunst), the Toros' road to cheer glory stumbles when she discovers their perfectly choreographed routines were stolen from a hot hip-hop squad across town. Now the squad must scramble to find a new routine to compete in this year's competition.

Spotlight On Location: The Making Of Bring It On
Feature Commentary with Director Peyton Reed
Deleted Scenes
Extended Scenes
Never-Before-Seen Home Movies of the Car Wash Scene
Wardrobe and Makeup Tests
Did You Know That? Universal's Animated Anecdotes: Watch the movie and learn about interesting and sometimes unbelievable facts.
Blaque "As If" Music Video
DVD-ROM Features Including Screen Saver And Cheer Quiz
Theatrical Trailer and More!

Review "Bring It On"

Reviews for "Bring It On"