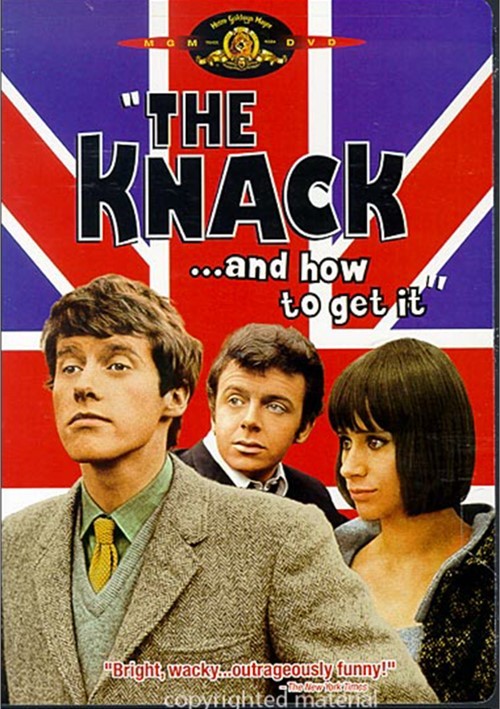 You either or you don't. The Knack, that is, of seduction! From the director of the Beatles' movies A Hard Day's Night and Help! comes this "inventive and hilarious" (Time) romp through love and sex in 1960s London. Featuring a wildly frenetic film-making style- careening from slapstick to serious to avant-garde - this "genuinely dazzling" (Los Angeles Times) film is a mod masterpiece!

Cool and sophisticate Tolen (Ray Brooks) has a monopoly on womanizing - with a long line of conquests to prove it - while the naÃ¯ve and awkward Colin (Michael Crawford) desperately wants a piece of it. But when Colin falls for an innocent country girl (Rita Tushingham), it's not long before the self assured Tolen moves in for the kill. Is all fair in love and war, or can Colin get The Knack and beat Tolen at his own game?