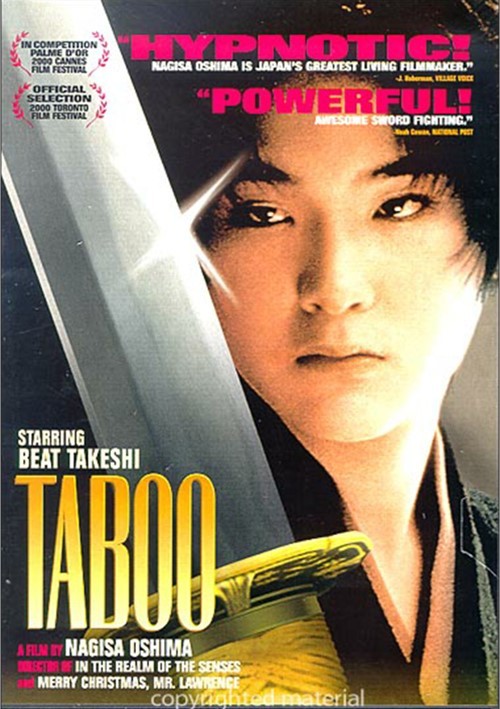 In this thrilling drama by the legendary Japanese director Nagisa Oshima (In the Realm of the Senses and Merry Christmas, Mr. Lawrence). Japan's rigid samurai code is threatened by the emotional whirlwinds of passion and desire.

Set in 1865 Kyoto, the story centers on a samurai militia unit that fiercely defends the shogunate. Desperately in need of new recruits, the unit enlists 18-year-old Kano, a fearless warrior whose mesmerizing good looks immediately intrigue his fellow students, superiors and even his captain (Beat Takeshi, Fireworks and Brother).

Before long, Kano's bewitching beauty stirs up jealously and competition within the militia. After a series of mysterious murders provoke further suspicion, disorder erupts. The visually tantalizing sword fights become eroticized rituals devoted to the f-rces of sex and death, exploding into a final image of exquisite beauty and fury.