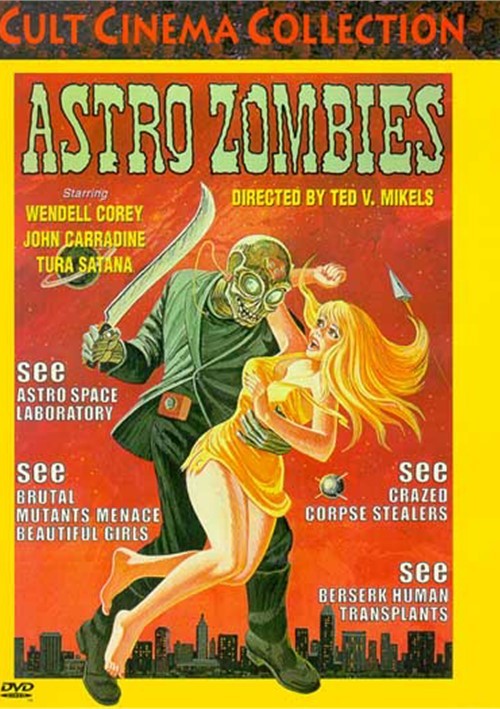 Finally, the film that has it all! A mad astro-scientist ("B" horror king John Carradine) reviving corpses at his laboratory in a secluded mansion, two gore-crazed, solar-powered killer robot zombies, a bloody trail of girl-next-door victims, Chinese communist spies and deadly Mexican secret agents led by the insanely voluptuous Tura Satana (Faster, Pussycat! Kill! Kill!) and intrepid CIA agent Wendell Corey hot on their trail and trying to figure it all out!

Almost too much for one movie... Must be seen to be believed!