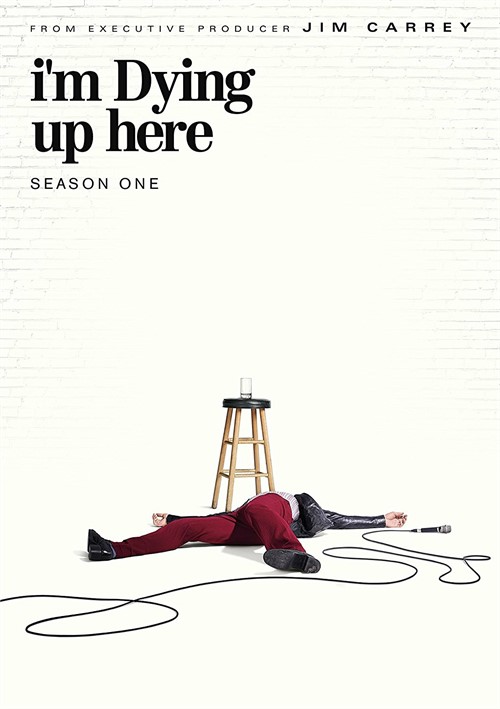 There's no such thing as an easy laugh.

From executive producer Jim Carrey and based on the bestselling book by William Knoedelseder, Im Dying Up Here explores the struggles of making it big in the 1970s L.A. comedy scene. Every night, a group of young, up-and-coming comedians wait their turn to perform at Goldies, the hottest stand-up club in Hollywood. But first, theyll have to win over club owner Goldie, who rules the Sunset Strip with an iron fist. For them, stand-up is a drug and theyre willing to sacrifice everything to get their fix. They brave the pain of sharing their innermost thoughts and darkest secrets, hoping that someone, anyone, will laugh. At Goldies, they have found new rivals, but they have also found family. When one of them makes it, they all make it and when they fail, they fail together. But if Johnny Carsons couch is the Holy Grail, do they wait for Goldie to say, Youre ready, or fly blind and possibly miss out on their one shot at stardom? Includes all 10 witty and sharp episodes and featuring Academy Award winner Melissa Leo (The Fighter), Ari Graynor (The Disaster Artist), Clark Duke (Hot Tub Time Machine 2) and Michael Angarano (Almost Famous).

Reviews for "I'm Dying Up Here: The Complet"