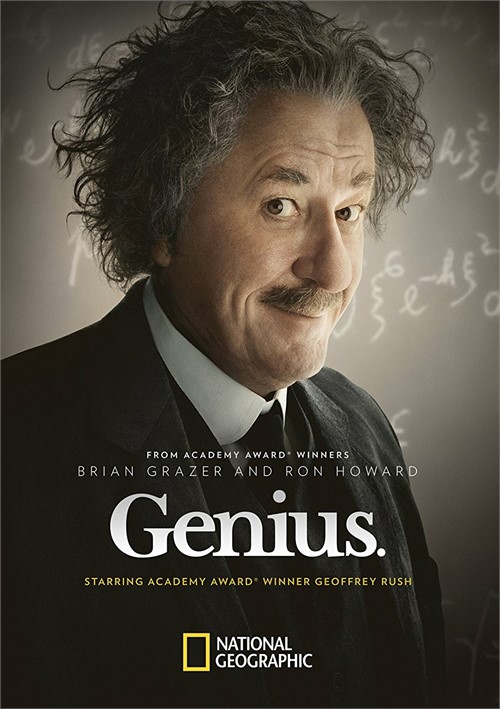 From executive producers and Academy Award Winners Brian Grazer and Ron Howard, National Geographic's first-ever scripted series, GENIUS, offers an extraordinary look into the life of Nobel Prize-winning physicist Albert Einstein. Academy Award Winner Geoffrey Rush stars as the rebellious daydreamer who went on to become the greatest scientific mind of the 20th century. Beyond his groundbreaking theories of relativity, you'll witness Einstein's struggles to be a good husband and father-- and a man of principle during a time of global unrest. With Johnny Flynn as young Albert and Emily Watson as his second wife, Elsa, GENIUS takes you on an unprecedented, 10-episode journey of discovery guided by Einstein's wit, wisdom and insatiable thirst for knowledge.