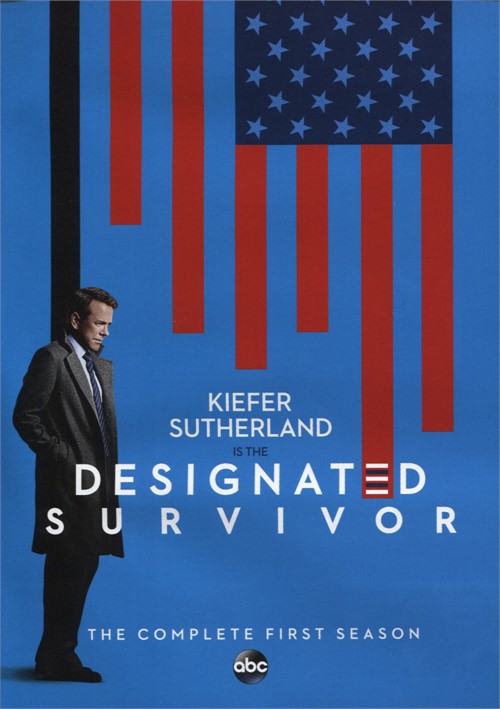 Kiefer Sutherland is a Lower-level government Cabinet member whose life changes forever in one of the most thrilling and suspenseful dramas ot hit the airwaves: ABC's Designated Survivor: The Complete First Season

Hours after a catastrophic explosion claims the lives of the President and his remaining Cabinet, "Designated Survivor" Tom Kirkman (Sutherland) suddenly finds himself appointed President of the United States. Now the new, completely unprepared Commander-in-Chief must struggle to hold together a country on the brink of imploding - against a chaotic backdrop of shocking conspiracies, thinly veiled agendas and raw emotions. But the biggest challenge of all will come when it appears that the attack on the Capitol was not the work of foreign terrorists, but someone much closer to home...

Designated Survivor Debrief - Go Behind the Scenes with the Filmmakers and Cast to Discover what it Takes to Bring this World to Life each week, From the Capitol's Destruction and other Memorable Moments, to how they assure authenticity in the White House, and much more.

Secret Service Set Tour - Join LaMonica Garrett ("Mike Ritter") for an intimate tour of the White House sets, including fasinating facts about their real-world counterparts, personal tales of visiting the true White House - and which set-couch is best for a aquick nap between takes.

Reviews for "Designated Survivor: The Compl"