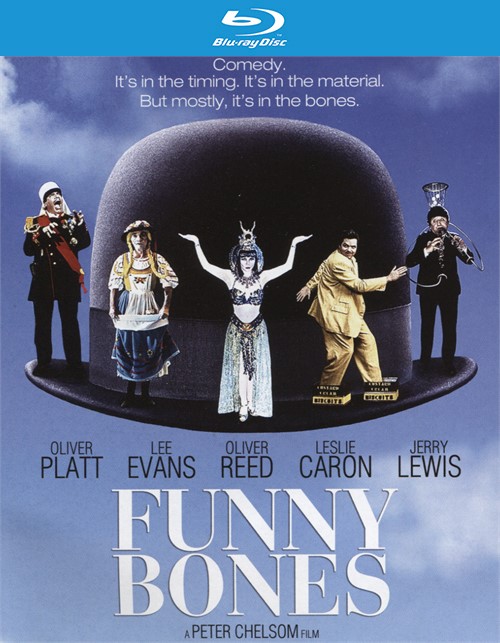 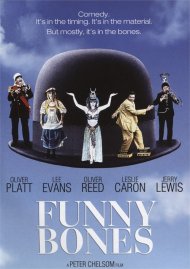 A Zany Look at Two Comedians Who'll Do Anything for a Laugh!

Acclaimed by critics everywhere for its zany comedy and terrific cast, Funny Bones is big laughs for everyone! Struggling in the shadow of his famous comedian father (Jerry Lewis, Don't Give Up The Ship), a young comic (Oliver Platt, Diggstown) retreats to his old hometown when his act bombs in Las Vegas. Ready to try anything for inspiration, he's in for more than a few surprises before learn that his own eccentric family has the best material for the perfect act! Film's director Peter Chelson (Serendipity) co-wrote this comedy classic with Peter Flannery (Inspector George Gently). This delightful film that is packed with unforgettable joy co-star Lee Evans (There's Something About Mary), Leslie Caron (Daddy Long Legs), Richard Griffiths (Blame it on the Bellboy), Ian McNeice (Valmont) and Oliver Reed (The Hunting Party).