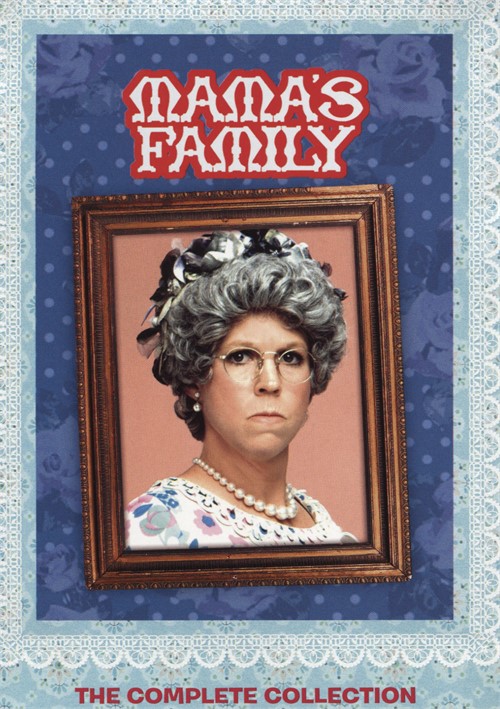 In prime-time TV, the spin-off is often the greatest measure of success. Mama's Family grew out of The Carol Burnett Show, which lasted eleven seasons on CBS, thanks in part to the recurring comedy sketches that attracted a large, loyal viewership, Mama's Family remained a favorite because fans related to the Harpers constant squabbling about mundane stuff. As the irascrible Mama Harper, Vicki Lawrence was wondrously transformed into a full-tilt sneior citizen, and it wasn't a matter of if, but when, she would get her own TV series.

Over 6 Hours of Bonus Features

The Made-for TV Movie "Eunice" never before available on DVD
Exclusive Cast and Crew Interviews, including Vicki Lawrence interviewing Mama; an interview with Betty White, and a special 1-on-1 interview with Vicki Lawrence and Carol Burnett
The 30th Anniversay Cast Reunion
Mama's Family Tree Featurette on:

The Neighbors, The Sprouts
The Roots and the Branches
Plus: Key Sketches featuring :"The Family": from the Carol Burnett Show