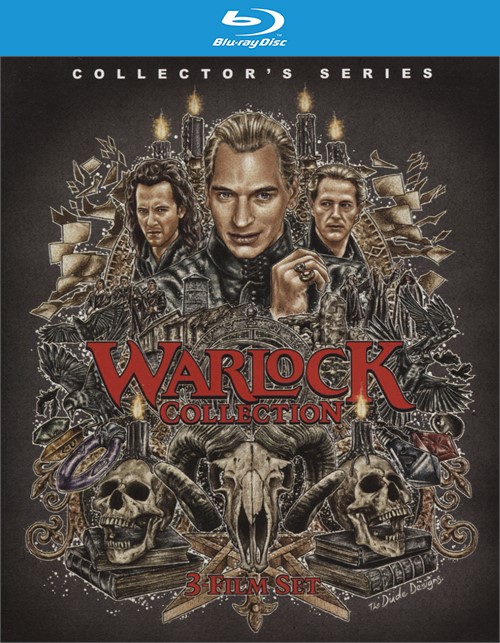 Vestron Video has been a leader in providing the most unique and wide-ranging selection of films. We honor the spirit of Version Video by presenting the Vestron Vidoe Collector's Series - a lone of classic genre films newly remastered and with a wealth of supplementary features.

A evil warlock flees from the 17th to the 20th century and work's to unleash Satan upon the world in these three supernaturally chilling films.

A warlock flees from the 17th to the 20th century, with a witch-hunter in hot pursuit.

The Warlock (Julian Sands returns to try and free his father from the fiery chains that imprison him - and is challenged by two warriors with supernatural powers.

After Kris Miller (Ashley Laurence) moves into the abandoned 16th-century mansion she received as an inheritance, she is visited by a Warlock (Bruce Payne) with some unfinished business: stealing Kris's reincarnated soul.