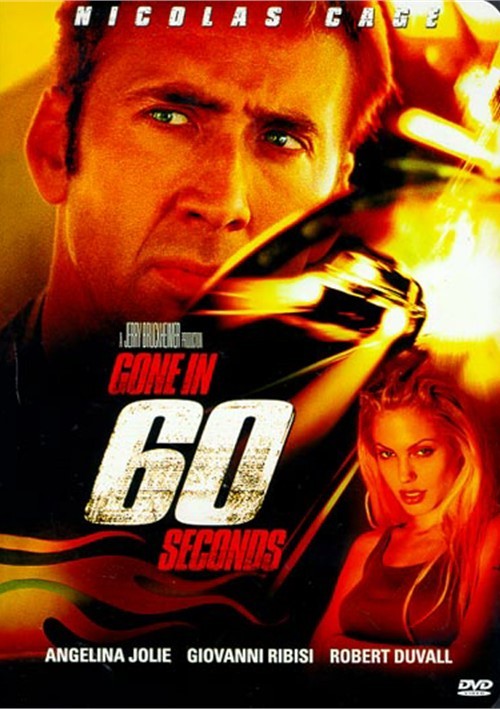 Academy Award winners Nicolas Cage (The Rock) and sexy Angelina Jolie (The Bone Collector) ride an unstoppable wave of speed and adrenaline in this hot, edgy action hit from high-octane producer Jerry Bruckheimer (Armageddon). Legendary car booster Randall "Memphis" Raines (Cage) thought he'd left the fast lane behind--until he's f-rced out of retirement in a do-or-die effort to save his kid brother (Giovanni Ribisi, Saving Private Ryan) from the wrath of an evil mobster! But with speed to burn and attitude to spare, Memphis hastily re-assembles his old crew -- a rogues' gallery including Academy Award winner Robert Duvall (A Civil Action) - and floors it in a full-throttle race to pull off the ultimate car heist: 50 exotic beauties in 24 hours - and the cops are already on to them! Directed by Dominic Sena and written by Scott Rosenberg, Gone In 60 Seconds is an action-packed thrill ride that comes out fast and never slows down.