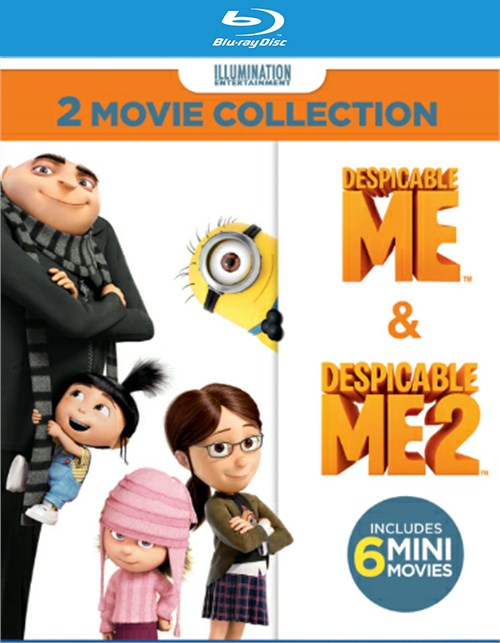 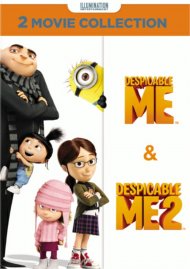 Get ready for a minion laughs in the funniest blockbuster hit of the year! Vying for the title of "World's Greatest Villain," Gru (voiced by Steve Carell) - along with his hilarious crew of mischievous minions - plots to pull off the craziest crime of the century: steal the moon! But when Gru enlists the help of three little girls, they see something in him nobody else has ever seen: the perfect dad.

Gru, his adorable girls, and the mischievous Minions are back with a cast of unforgettable new characters in the blockbuster sequel to the worldwide phenomenon. Just as Gru has given up being super-bad to be a super-dad, the Anti-Villain League recruits him to track down a new criminal mastermind and save the world. Partnered with secret agent Lucy Wilde, Gru, along with the wildly unpredictable Minions, must figure out how to keep his cover while also keeping up with his duties as a father.

Reviews for "Despicable Me 2-Movie Collecti"