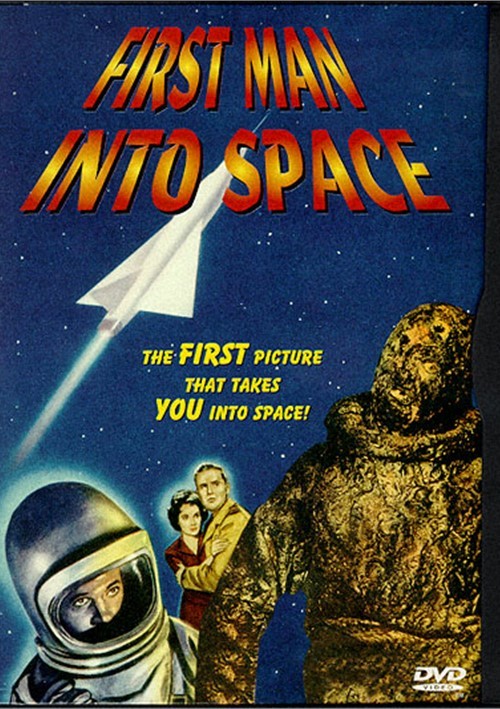 The FIRST picture that takes YOU into space!

On the fringes of space, danger awaits! Lieutenant Dan Prescott, cocky test pilot, disobeys orders and takes his experimental aircraft higher than anyone has ever flown before - but nobody knows what can happen to a man at these altitudes. Well beyond radio contact with the earth, he's bombarded by cosmic rays and a storm of space dust. He loses control of the aircraft and crashes to the ground; hours later, search teams find the wreckage but there's no sign of pilot Prescott. Then come the strange, gruesome reports of a mysterious string of vampire-like killings - an indestructible, dust-covered monster who drinks the blood of his victims! What is the awful secret of this murderous creature? What horrifying fate has befallen the First Man Into Space?

Reviews for "First Man Into Space"