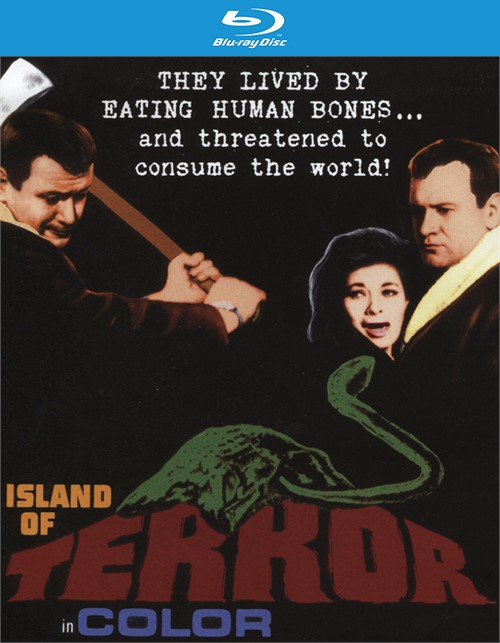 The tranquil island is suddenly rocked by the mysterious death of a local farmer. When he is found in a cave, not a trace of bone left in his body, he has been reduced to a horrible, shapeless mass. Enter eminent pathologist Dr. Brian Stanley (horror icon Peter Cushing, Brides of Dracula, The Gorgon ) and Dr. David West (Edward Judd, First Men in the Moon), a brilliant bone specialist. Working together in a desperate race against time, they must find a way to destroy the seemingly indestructible, ever multiplying horde of bone-eating creatures before the mutant monsters kill everyone on the island and spread like a deadly plague across the entire planet! This chilling horror film is directed by the talented Hammer Films veteran director Terence Fisher (Horror of Dracula, The Curse of Frankenstein, The Mummy).

Reviews for "Island Of Terror"