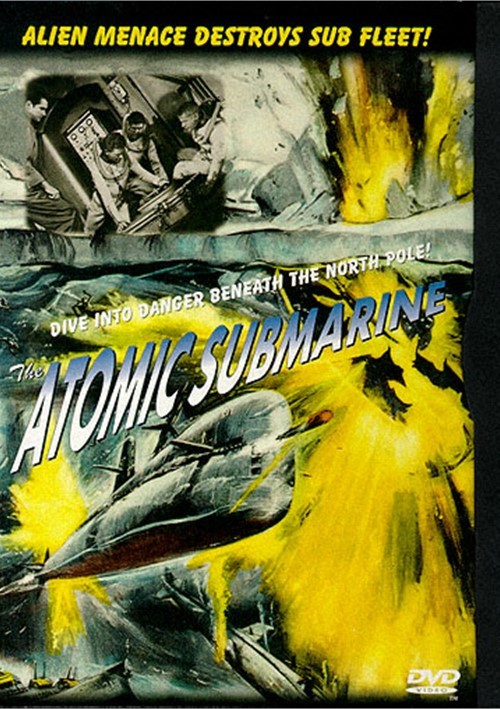 Dive Into Danger Beneath The North Pole!

Beneath the seas above the frozen Arctic Circle, great trans-arctic submarine passenger liners are vanishing without a trace. But the nuclear-powered U.S.S. Tiger Shark, the most advanced sub in the world, has been preparing around the clock for an urgent, top-secret mission: To discover and destroy the cause of the deadly disappearances. On board is a hand-picked team of scientists, prepared to meet any emergency - or so they think! - and a bristling arsenal of atomic weapons. But even the Tiger Shark is helpless against an alien menace so terrible that the scientists can barely comprehend it! Two hundred fathoms beneath the polar ice cap, their weapons useless, the men of the Tiger Shark are locked in mortal combat with an extraterrestrial invader! Now the fate of the earth depends on THE ATOMIC SUBMARINE!