Where The Buffalo Roam: Collector's Edition 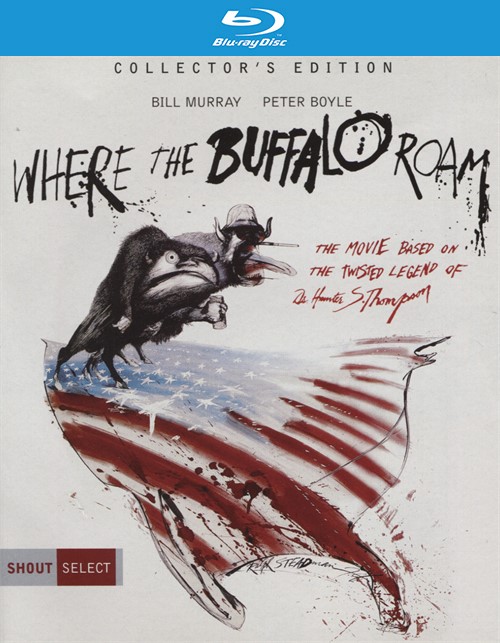 Where The Buffalo Roam: Collector's Edition

Comedy legend Bill Murray (Caddyshack, Lost in Translation) is at his wildest as America's leading "Gonzo" Journalist, Dr. Hunter S. Thompson, the notorious underground reporter whose passion for writing was second only to his love of weird chemicals, alcohol, violence and insanity. along with his best friend Carl Lazlo, Esq. (Peter Boyle, Young Frankenstein), Thompson takes us on a manic look back as the Sixties and Seventies as a eyewitness to everything from a free-for-all San Francisco drug trial to a one-on-one bathroom interview with then Presidential candidate Richard Nixon. This off-the-wall comedy also boasts a musical score by rock superstar Neil Young and includes its original soundtrack, never before released on home video!

Review "Where The Buffalo Roam: Collec"

Reviews for "Where The Buffalo Roam: Collec"