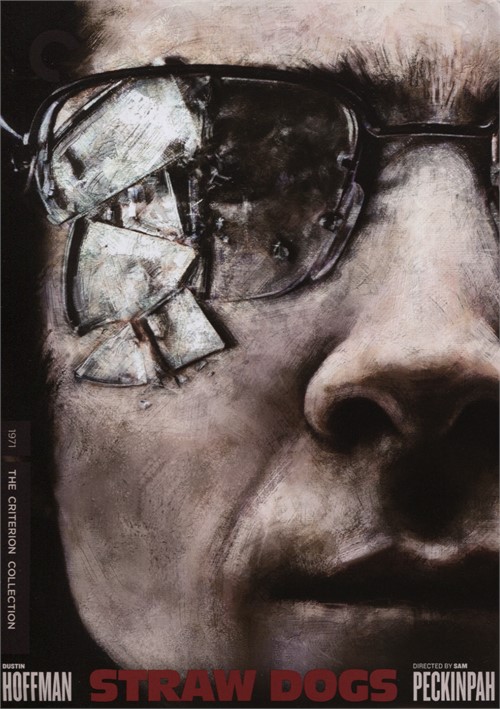 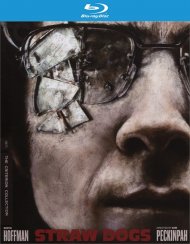 In this thriller, perhaps Sam Peckinpah's most controversial film, David (Dustin Hoffman, a young American mathematician, moves with his English wife, Amy (Susan George), to the village where she grew up. Their sense of safety unravels as the local men David has hired to repair their house prove more interested in leering at Amy and intimidating David, beginning an agonizing initiation into the iron law of violent masculinity that govern Peckinpah's world. Working outside the U.S. for the first time, the filmmaker airlifts the ruthless of the western frontier into Cornwall in Straw dogs, pushing his characters to their breaking points as the men brutalize Amy and David discovers how far he'll go to protect his home - culminating in a harrowing climax that lays out this cinematic mastermind's eloquent and bloody vision of humanity.

Audio commentary from 2003 by Stephen Prince, author of Savage Cinema: Sam Peckinpah and the Rise of Ultraviolent Movies
Mantrap: Straw Dogs The Final Cut, a 2003 documentary about the making of the film, featuring cast and crew
Sam Peckinpah: Man of Iron, a 1993 documentary about the director featuring actors Kris Kristofferson, Jason Robards, Ali MacGraw, and many others
New conversation between film critic Michael Sragow and filmmaker Roger Spottiswoode, who worked as one of the editors on the film
New interview with film scholar Linda Williams about the controversies surrounding the film
Archival interviews with actor Susan George, producer Daniel Melnick, and Peckinpah biographer Garner Simmons
Behind-the-scenes footage
TV spots and trailers
PLUS: An essay by scholar and critic Joshua Clover