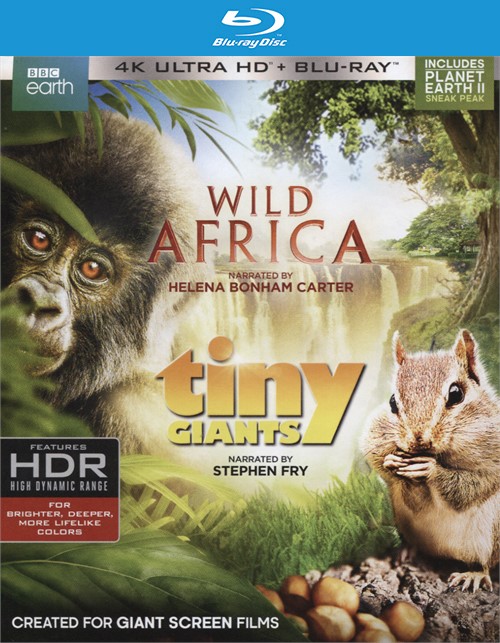 Wild Africa is a nature documentary series exploring the natural history of the African continent. The series comprises six episodes. Each concentrates on a particular environment. The producers use aerial photography and wildlife footage to show how natural phenomena such as seasonal changes influence the patterns of life

The producers of Life and Planet Earth share this spectacular ground-level view of the smallest wonders of the natural world. Immerse yourself in a terrifically fascinating place, where small creature face titanic battles to survive. Special cameras capture the larger than life adventure of Earth's littlest heroes.