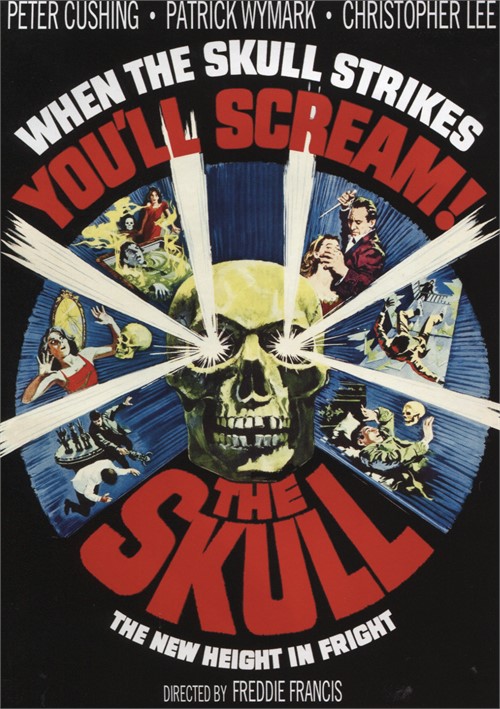 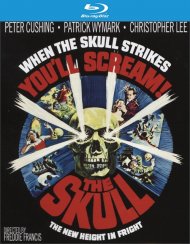 The New Height in Firght.

The Skull once again teams up horror legends Peter Cushing (Horror of Dracula) and Sir Christopher Lee (House of the long Shadows) in a chilling, supernatural tale of murder from beyond the grave. Based on a short story by Rober Bloch (Psycho), The Skull introduces us to Dr. Christoher Maitland (Cushing). a collector of the occult. When he is given the opportunity to purchase The Skull of the infamous Marquis de Sade, he leaps at the chance. What he doesn't know is that his friend, Matthew Phillips (Lee) is the former owner of The Skull - and quite happy to be rid of it. Possession of The Skull leas to a terrifying series of nightmarish events for Dr. Maitland as he tries to keep control of his life and the unspeakable evil bearing down upon him. Hammer horror great and Oscar- winning cinematographer Freddie Francis (The Creeping Fish, The Innocents) directed this bone-chilling thriller with a script by Milton Subotsky (Tales from the Crypt, The Vault of Horror). The stupendous cast includes Patrick Wymark (The Psychopath), Nigel Green (The Ipcress File), Partick Magee (A Clockwork Orange) and Michael Gough (The Crimson Cult).