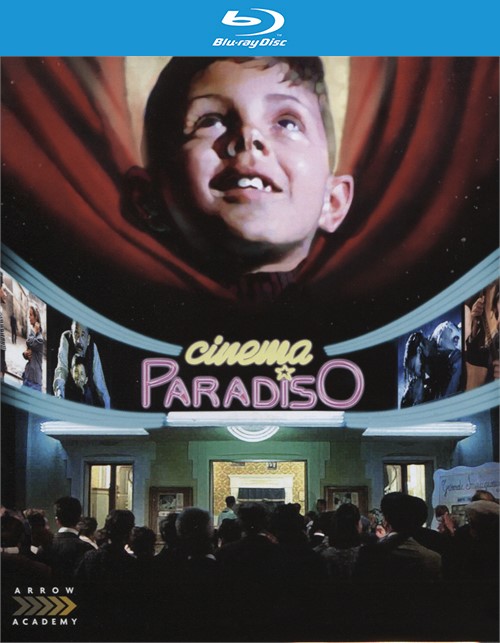 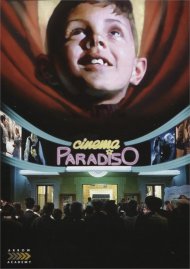 A winner of awards across the world including Best Foreign Language Film Oscar, 5 BAFTA Awards including Best Actor, Original Screenplay and Score, the Grand Prize of the Jury at the Cannes Film Festival and many more.

Giuseppe Tornatore's loving homage to the cinema tells the story of Salvatore, a successful film director, returning home for the funeral of Alfredo, his old friend who was the projectionist at the local cinema throughout his childhood. Soon memories of his first love affair with the beautiful Elena and all the high's and lows that shaped his life come flooding back, as Salvatore reconnects with the community he left 30 years earlier.

Presented in both the original award-winning cut and the expanded Director's Cut incorporating more of Salvatore's backstory, newly restored from original negative materials.

Audio Commentary with Director Giuseppe Tornatore and Italian Cinema Expert Critic Millicent
A Dream of Sicily - A 52-minute Documentary Profile of Giuseppe Tornatore Featuring Interviews with The Director and Extracts From His Early Home Movies as well as Interviews with Director Francessco Rosi and Painter Peppino Ducato, set to Music by the Legendary Enino Morricone
A Bear and a Mouse in Paradise - A 27- Minute Documentary on the Making of Cinema Paridiso and the Characters of Toto and Alfredo, Featuring Interviews the Actors who Play Them, Philippe Noiret and Salvatore Cascio as well as Tornatore
The Kissing Sequence - Giuseppe Tornatore Discusses the Origins of the Kissing Scenes with Clips Identifying each Scene.
Original Director's Cut Theatrical Trailer and 25th Anniversary Re-Release Trailer
Reversible Sleeve Featuring Original and Newly Commissioned Artwork by Nigel Winfield