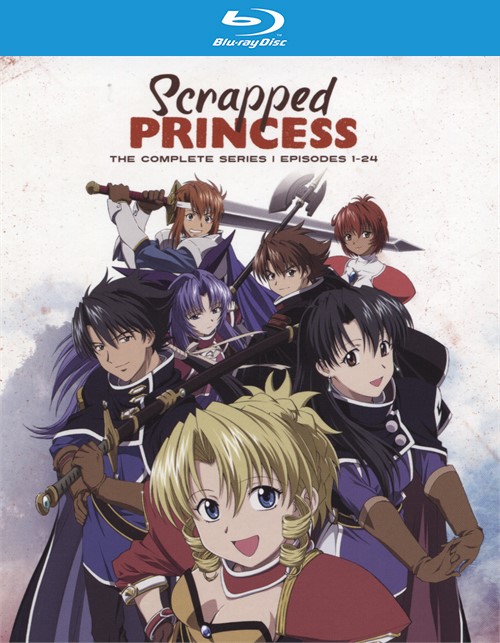 "From the studio that brought you Fullmetal Alchemist and Eureka Seven comes a fantasy adventure full of laughter, heartbreak, and the secrets of a time long forgotten. Pacifica Cassul is a kindhearted girl living on the run, for prophecy has named her the poison that would destroy the world. Known as the Scrapped Princess, shes the target of countless followers of a powerful religion. But even when it seems like the whole world is out to get her, she always has her two adoptive siblingsShannon and Raquel. Together they travel the countryside, making new friends and battling countless foes. Bit by bit, they uncover the incredible truth behind the prophecy and its ties to mysterious events from 5,000 years ago. With the fate of the world in her nave hands, Pacifica and her siblings must learn who to trust and take on enemies of godly power. But for all their struggle, should such a poison be allowed to live?"

Reviews for "Scrapped Princess: The Complet"