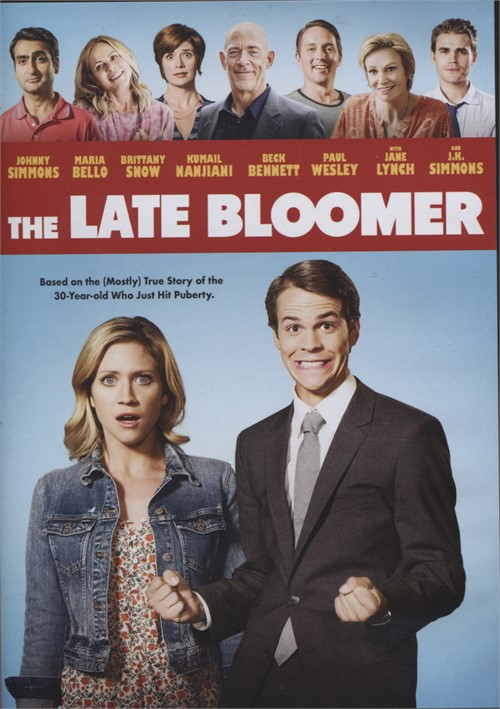 THE LATE BLOOMER is based on the life story of noted journalist and author Ken Baker, who battled with a skull base tumor that wreaked havoc on his hormonal system and prevented him from entirely going through puberty until age 27. Baker's experience inspired his non-fiction book Man Made: A Memoir of my Body. Using the book and Baker as a comedic jumping off point, THE LATE BLOOMER tells the story of Pete Newmans, whose arrested development makes him an ideal counsel for restraint as a sex therapist. As he simultaneously falls in love and surgery cures his condition, Pete wrestles with a flood of emotions, as well as the reactions of friends, family and enemies as he copes with the wrenching changes in his life and body.

Behind the Scenes Featurette