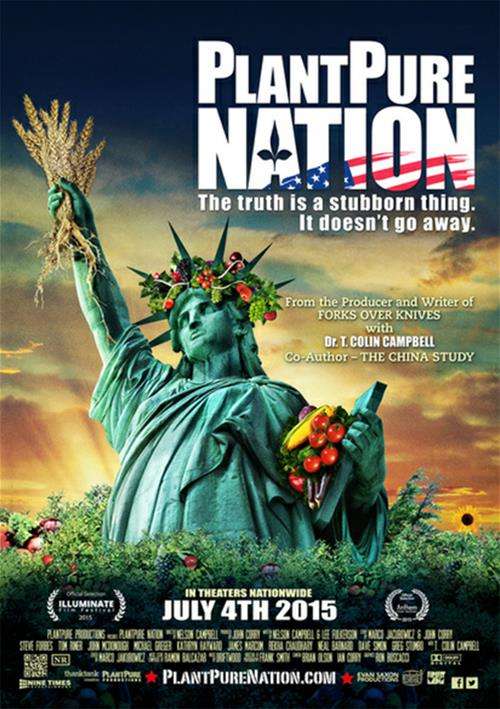 From the producer and write of Forks Over Knives, the documentary film PlantPure Nation tells the story of three people on a quest to spread the message of one of the most important health breakthroughs of all time. After renowned nutritional scientist and bestselling author T. Colin Campbell gives a stirring speech on the floor of the Kentucky House of Representatives, his son, Nelson, and Kentucky State Representative Tom Riner work together to propose a pilot program documenting the health benefits of a plant-based diet. Once the legislation goes into Committee, agribusiness lobbyists kill the plan. Undeterred, Nelson decides to try his own pilot project in his hometown of Mebane, North Carolina.

In his groundbreaking 2004 book, The China Study, and in the recent popular documentary film Forks Over Knives, Dr. Campbell detailed the weight of scientific evidence that a whole foods plant-based diet can prevent and even reverse some of the most deadly health conditions such as heart disease, type 2 diabetes, and even some forms of cancer.

A growing number of celebrities, athletes, TV hosts, and nutrition experts have promoted plant-based diet in the past few years. And tens of thousands of people have documented their personal success stories since adopting a plant-based diet. But as more doctors and public officials become aware of the healing power of plant-based nutrition, the question arises: Why don't they share the information with their patients or the public?