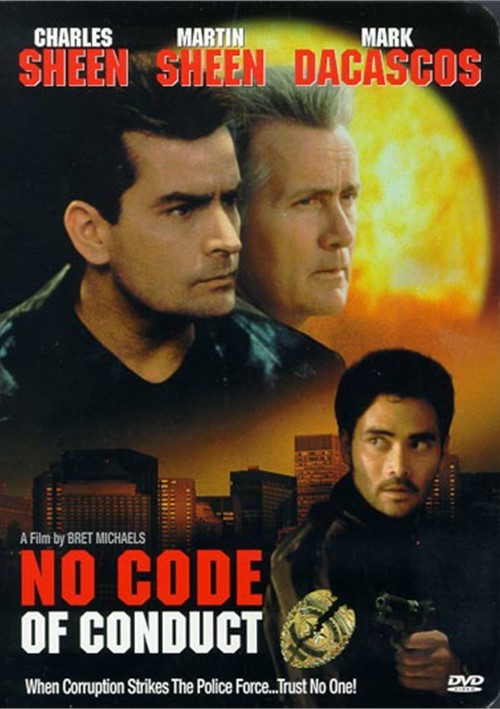 When Corruption Strikes The Police F-rce...Trust No One!

Dynamic star Charles Sheen (TV's Spin City, Terminal Velocity) is teamed with Martin Sheen (TV's The West Wing, The American President) in this explosive action-packed crime thriller! While hot on the trail of the city's most notorious heroin dealer, cops Bill Peterson and his son Jake uncover rampant corruption in their own police f-rce! Without knowing who to trust, the Petersons must quickly learn a lesson in loyalty and honor as the tension soars before a $50 million drug deal goes down! As father and son work together to swiftly bring the criminals to justice, brace yourself for nonstop, high-powered adventure with intrigue, danger and excitement!

Review "No Code Of Conduct"

Reviews for "No Code Of Conduct"