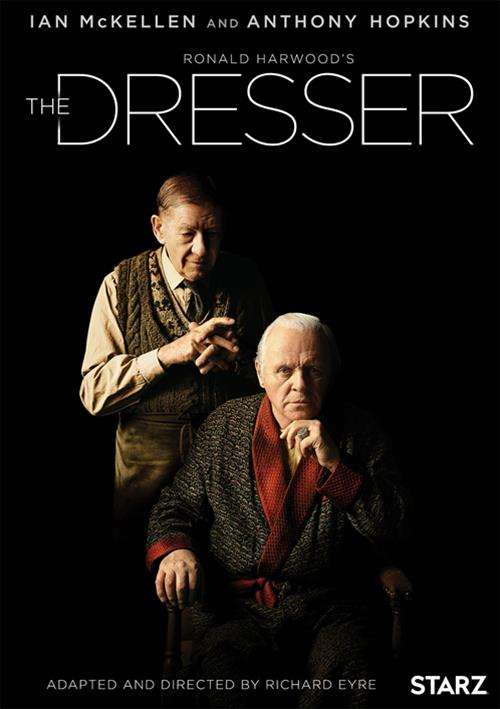 One fateful night in a small English regional theatre during World War II, a troupe of touring actors stage a production of Shakespeare's "King Lear." Bombs are falling, sirens are wailing, the curtain is up in an hour but the actor/manager 'Sir' (Anthony Hopkins) who is playing Lear is nowhere to be seen. His dresser 'Norman' (Ian McKellen) must scramble to keep the production alive but will Sir turn up in time? And if he does, will he be able to perform that night? The Dresser is a wickedly funny and deeply moving story of friendship and loyalty as Sir reflects on his lifelong accomplishments and seeks to reconcile his turbulent friendships with those in his employ before the final curtain.

From Stage To Screen
Master & Assistant

Reviews for "Dresser, The"