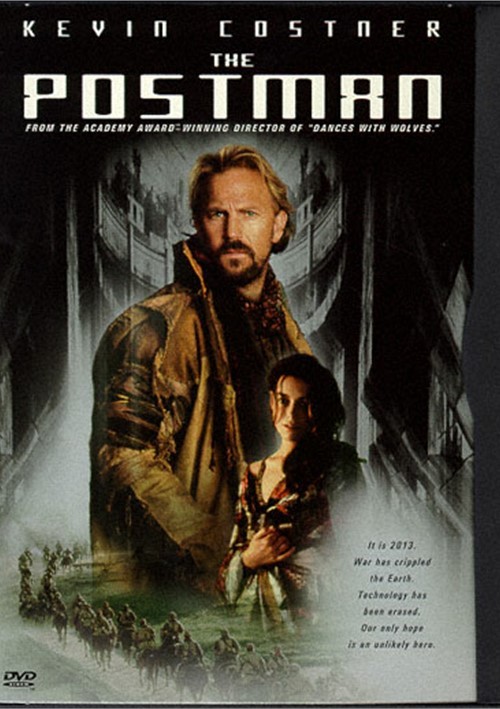 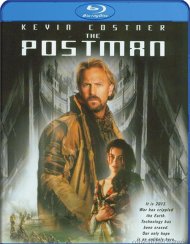 The year is 2013. One man walked in off the horizon and hope came with him.

Set in 2013, after the war has destroyed most of USA, including the government. A solitary traveler (played by Kevin Costner) is captured by a fascist military group called the Holnists led by Hitler-like General Bethlehem. When he escapes from the Holnists he finds an abandoned mail Jeep and uniform, and starts to travel through small cities, telling them he is a postman, a representative of the restored United States. No one believes him at first, but soon he has followers, and they start to prepare a revolt against Holnists.

Reviews for "Postman, The"