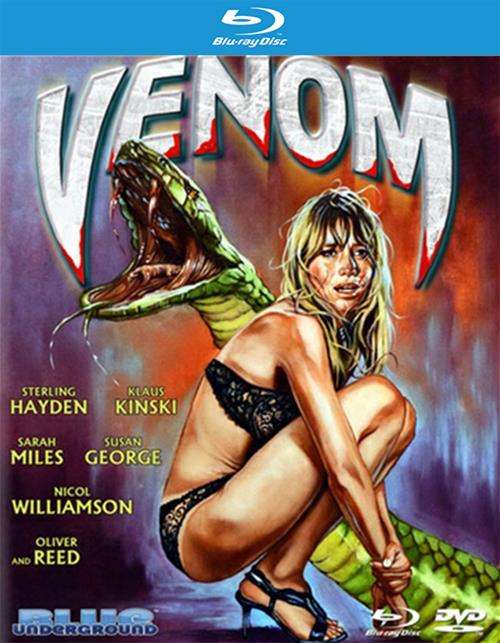 It was supposed to be the perfect crime: The sexy maid (Susan George of Straw Dogs), a psychotic chauffeur (Oliver Reed of The Brood) and an international terrorist (the legendary Klaus Kinski) kidnap a wealthy ten year-old boy from his elegant London townhouse. But they didn't count on a murdered cop, a desperate hostage siege, and one very unexpected houseguest: a furious Black Mamba, the most lethal and aggressive snake known to nature. It can attack from ten feet away. Its bite brings excruciating death. And its on the loose. Now, terror knows no antidote....and the ultimate in slithering mayhem is venom.