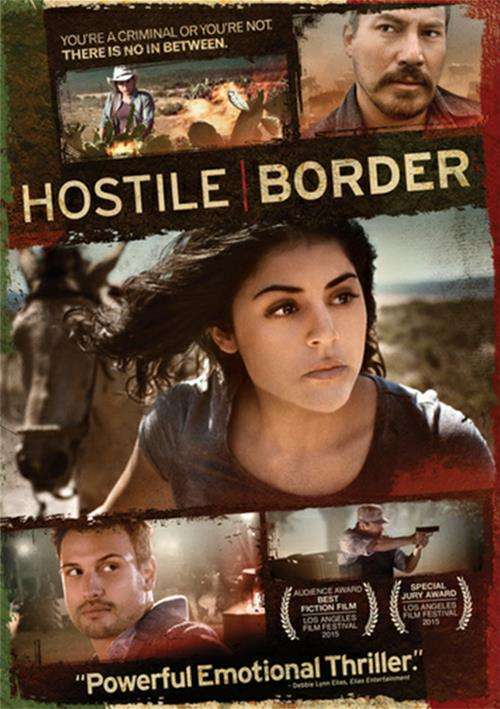 Raised in the U.S., Claudia (22) is an undocumented immigrant living beyond her means in a twisted version of the American dream. When she's arrested by the FBI for credit card fraud, Claudia is quickly deported to Mexico. Speaking no Spanish and lost in her foreign "homeland," she reluctantly takes refuge at her estranged father's cattle ranch. As she clashes with her unyielding father, her attempts to return home to the U.S. thrust her into a dangerous bond with a foreign smuggler, Ricky. Caught between her father's sermons, Ricky's promises, and the encroaching military, Claudia must navigate a tightrope of impossible choices. both a slow burning crime thriller and western, Hostile Border follows the transformative journey of a young woman confronting the high price of American ideals in the dark places between two cultures.