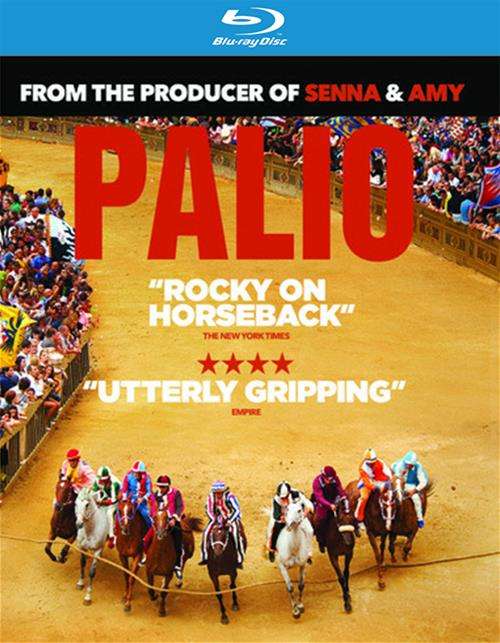 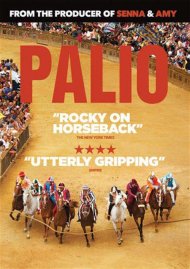 Twice a year, the Italian city of Siena goes crazy for the oldest horse race in the world: the Palio, where strategy, bribery and corruption play as much a part as the skill of the riders. In the eye of the storm stand the jockeys. Loved and loathed by the districts they represent, they forge alliances and make deals, promising large cash sums to try to get the best start. Legendary rider Gigi Bruschelli has won thirteen Palios in sixteen years and is accused by his critics of monopolizing the race. But one jockey stands in his way: Giovanni Atzeni, his former trainee, a handsome young Sardinian who is quietly determined to challenge his old mentor. Less interested in bribes and collusion, he rides for the love of the race. From the producer of Senna and Amy, Palio is the riveting story of a young outsider keen to break into the dangerous but worthwhile race and the corrupt insider who has manipulated the city of Siena for years. Their passionate and dramatic battle is an epic and cinematic tale of Italian life. This Blu-ray comes packed with special features, including heart-stopping deleted scenes, never-before-seen additional interviews and filmmaker commentary.