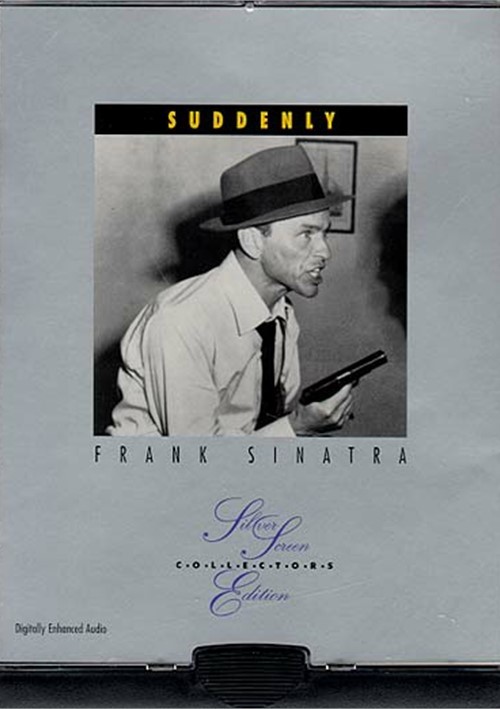 Frank Sinatra stars in this thriller about an obsessed killer, and Sterling Haydenplays the level headed local sheriff of a drowsy town called Suddenly. Sinatra's performance as the psychopathic killer is one of his best. It is one of the most powerfulk portrayals of a pyschopath ever committed to film.

Sinatra plays a hired assassin who takes over the home of a widow, her son,her aging father-in-law and the town's sheriff in order to shoot the President passing through by train. While he and his thugs wait for the train, his cold blooded character unfolds.

It is said that Lee Harvey Oswald had seen Suddenly shortly before he shot President Kennedy. Sinatra, unhappy with the reprocussions of the film, had United Artists cease its distribution.