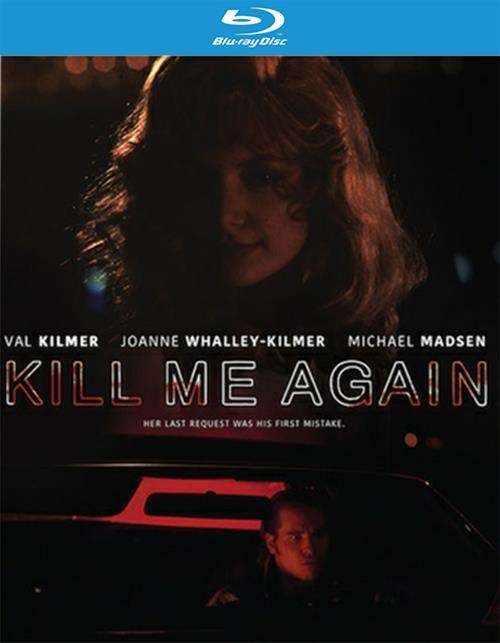 Jack Andrews (Val Kilmer, Heat), a down on his luck private investigator is looking to score some cash in order to pay off his debt to a local loan shark. Fay Forrester (Joanne Whalley-Kilmer, Willow) - in femme fatale mode - is looking to disappear, having just made off with a suitcase full of money stolen from her psychotic boyfriend Vince (Michael Madsen, Kill Bill) following a robbery gone wrong. Fate will bring Jack and Fay together. And fate may tear them apart in the modern day noir Kill Me Again, directed by John Dahl (The Last Seduction, Red Rock West) from a screenplay by Dahl and David W. Warfield.

Reviews for "Kill Me Again"