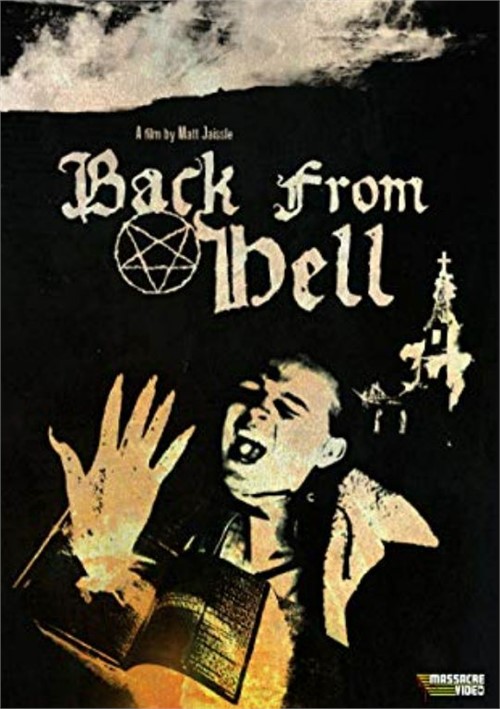 Jack, an up-and-coming Hollywood actor, sells his soul to Satan and returns home after he is unable to fulfill his end of the pact. After being attacked by hooded men, Jack meets up with his old childhood friend, who is now priest named Father Aaron. Together, the two must now fight the f-rces of evil, battling demons, psycho killers, and even zombies! Massacre Video is proud to present the Michigan-lensed splatter thriller Back from Hell, directed by Matt Jaissle (The Necro Files, Legion of the Night, and Revolution 666), in an all-new, director's-approved edition!

Review "Back From Hell"

Reviews for "Back From Hell"